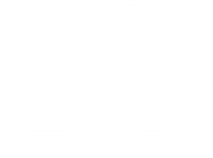 For people who are unfamiliar with the concept, virtual machines are emulations of physical computers, meaning that they possess the same capabilities even though they exist as nothing but data with no physical components to them whatsoever. As a result, it should come as no surprise to learn that virtual servers are virtual machines created for the purpose of hosting websites, which provides them with a number of intriguing possibilities that cannot be found from other web hosting options.

Server virtualization allows to run more than one virtual server or machine on a single piece of hardware. It allows you to reduce capital and operating costs, minimize downtime, increase the speed and ease with which you can deliver services, minimizes downtime, makes it easier to do data back-ups, and simpliﬁes server management.

There are a few different paths you can virtualize your server environment. First is within your premises by running more than one machine (with any OS you wish) on a single piece of server hardware, another is cloud virtualization.

Virtual cloud servers are available from many providers. Firewall has extensive experience with virtual servers from AWS [Amazon Web Services], Azure [Microsoft], and Google. Each service provider has particular strengths, depending on your computing, storage, security, geography, redundancy and regulatory and compliance requirements. Firewall will guide you through the process of ﬁnding the best solution for your needs.

Why Should You Consider Virtual Servers?

Here are some of the characteristics of virtual servers that stand out from other web hosting options:

What Are the Different Kinds of Virtualization?

With that said, it is important to note that there are different kinds of virtualization, meaning that interested individuals should make sure to choose the one that is right for them:

Interested in learning more about virtual servers? Please contact us as soon as time permits for the answers to these as well as other IT-related questions.